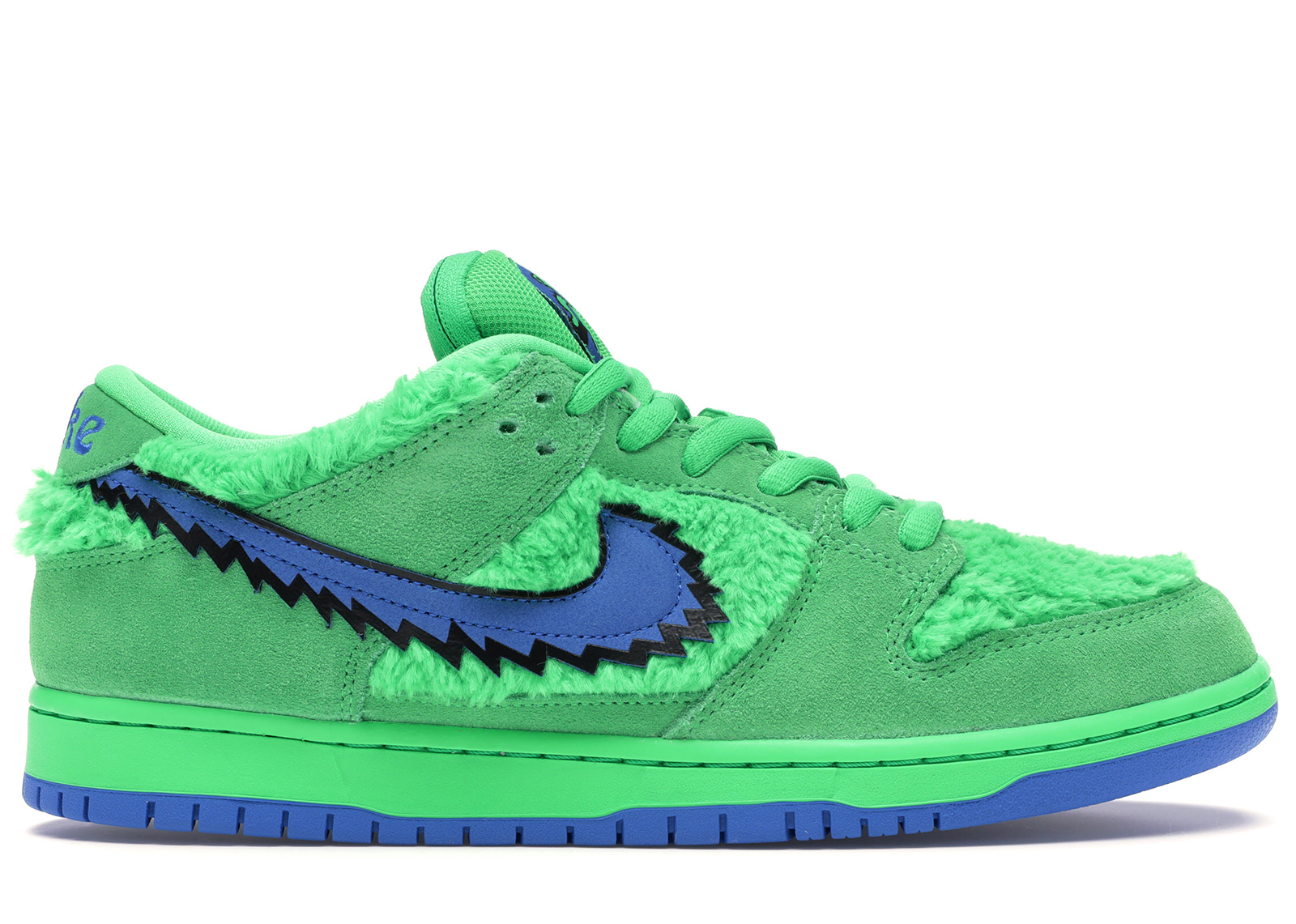 This colorful pack is inspired by the album cover of "History of the Grateful Dead, Volume 1 (Bear's Choice)". The album cover image, which depicts several dancing hands, was created by "Bear," a sound engineer who was a major contributor to the success of the California rock band founded in 1965.

Without Bear's inventions and efforts, the organization would not be what it is today. The skateboarding community has become more real because of Bodecker's independent and fierce spirit.

An original but classic collaboration

The legendary jam band and Nike collaborated to create the Grateful Dead x Nike Dunk Low SB "Green Bear," whose green upper is reminiscent of the back cover of the 1973 live album "History of the Grateful Dead, Vol. 1 (Bear's Choice)." A path of contrasting royal blue pops leads to the deactivated Swoosh, canvas outer sock, and the sneaker's branding tubes, which include an ostrich feather graphic on the tongue.

This one has a rangefinder pocket with a zipper closure.

This Nike SB Dunk Low has a faux fur upper and coordinated suede overlays. It is available in Opti Yellow, Green Spark, or Bright Ceramic. Next, we discern a side swoosh with a bump, as well as a dancing bear and a hidden pouch at the tongue. Note that the pack will be completed by a navy blue chenille bob with the dancing bear set.

The Nike SB Dunk Low Grateful Dead in orange was released on July 18, 2020, at FTC San Francisco, via a 24-hour open raffle (details were announced on July 15), for a price of 110 euros. On July 24, 2020, Nike.com and a few carefully selected skate shops will begin selling the yellow edition.

And finally this tour will end with the green variant, which was only offered in some skate stores with a tilt!

The prices have skyrocketed since it can be found today around 1200$, that is an increase of more than 1000% ! This is huge for a collection of this type. To know how to find the best deals, don't hesitate to read the articles in the blog part of our site.